Define what can potentially compete (technical and non-technical solutions) with the STFSTF = System to be forecasted in the satisfaction of the same overall demand. 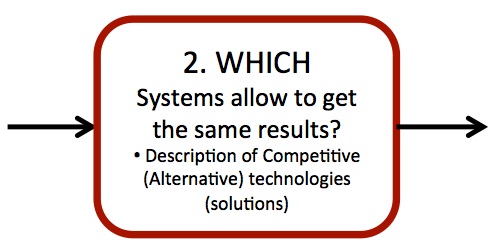 Method Method = FORMAT methodology (it is a tooltip test)

Identify the alternative solutions or the competitive technologies that allow users to get the same results or, in principle, satisfy the same overall need that the STFSTF = System to be forecasted currently fulfils. At the end of this step present a list of alternatives.

a. The alternatives to the STF may be technical or non-technical systems. (e.g. among the competitors for giving advanced warning to people about tsunamis, door-to-door notifications could be considered as a non-technical alternative to SMS- and radio-based alarms).

b. The alternatives do not need to share the same working principles of the STF. Generally, the difference between the alternatives may be the structure or the functioning of the system.

➔     The main idea behind studying alternative systems is to collect problems-limitations about STFSTF = System to be forecasted  and its context. Therefore the selected alternative technologies should be representative rather than numerous.

➔     Cluster similar alternatives and refer to them by a cluster name. In case the number of identified alternatives are not easily manageable (time-consuming), conclude this step with no less than 3 and no higher than 7 alternatives.

➔     To each STFSTF = System to be forecasted ’s alternative, add a short description of its working principle; this may help in understanding the differences between the competing alternatives, as well as to cluster them.

➔     Search for alternative solutions may be difficult. A good source of inspiration for the technical domain may come from patent databases. They are usually available for free at the websites of national or international patent offices. Search for available alternatives through “classification searches” by:

It should be kept in mind though that patent classes refer to established technologies and do not include emerging ones.

➔     As soon as you observe any strengths and weaknesses among alternative technologies, list them for use in Stage A A = Act .

➔     A good practice is to express strengths and weaknesses in measurable values.

➔     If during the previous step of the M stage you started organizing knowledge and information in the System Operator scheme, you can continue enriching it also along this step. The example #3 here below shows how.

Moreover, given the domain-free perspective of the FORMAT methodology, it is quite hard to suggest specific readings that may come in handy for the identification of alternative technologies. A generic suggestion for said readings can follow the same logic above proposed for patents. Domain specific sources can be found at publishers’ websites (*=requires a subscription):

Examples of lists of alternative solutions:

STFSTF = System to be forecasted : Car

It is worth noticing that in the specific context of a car used as a technical system to allow people to meet and talk, an alternative technology may be a web meeting system.

Example #3: alternative solutions within the logic of System Operator

The alternatives to the STF share, by definition, the same function. Thus, the STF and its alternatives share the same hierarchical level (System level). As for Figure 1, in fact, the alternative transportation systems have been organized and collected within the same cell of the System Operator (System level – Present).

Moreover, even if this action has to be carried out in step M5, you can also start considering the contexts in which the STF and its alternatives are used. These contexts, by themselves, can be considered as articulated systems that include the STF (or its alternatives) as Sub-Systems. In these terms, the context represents a higher hierarchical level than the System Level. Thus, the information about the different relevant contexts have to be included in the “Super-System level – Present” cell of the System Operator (see Figure 1). 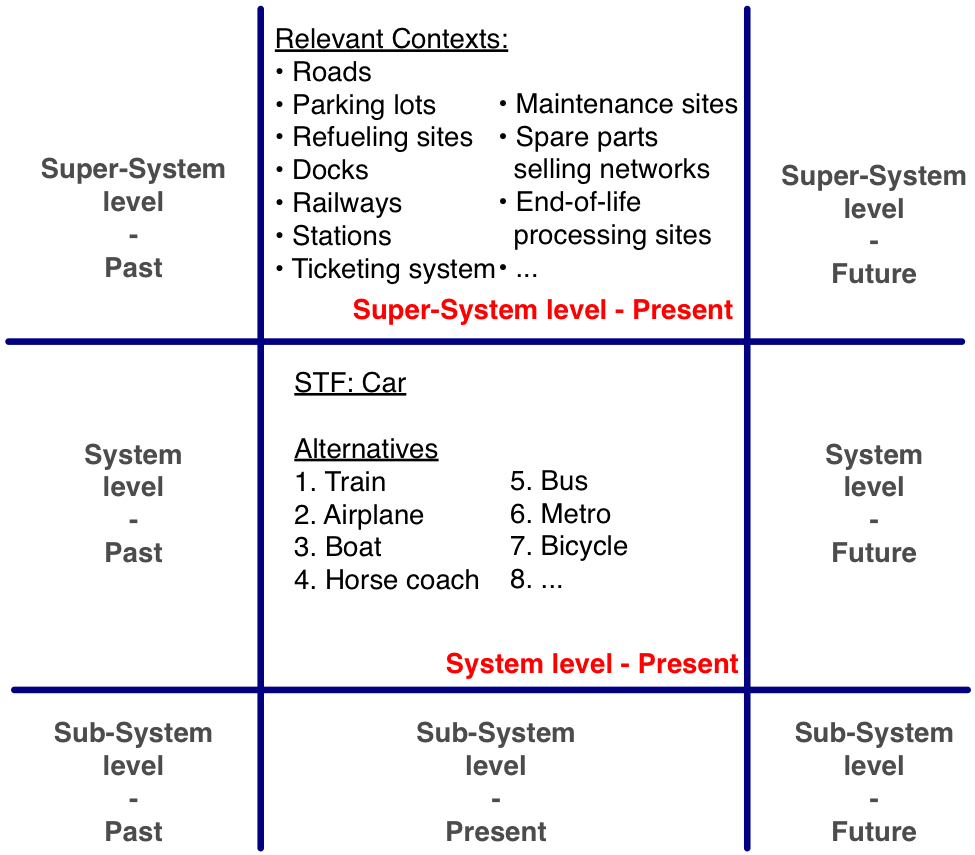 Figure 1: Example to show how the content developed along this step can be organized consistently with the System Operator logic.